Monday Tip-Off: What NBA 2K Can Learn From Mortal Kombat 11 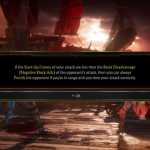 We’re at midcourt, and the ball is about to go up…it’s Monday Tip-Off! Start your week here at the NLSC with a feature that’s dedicated to opinions, commentary, and other fun stuff related to NBA Live, NBA 2K, and other basketball video games. This week, I’m tipping things off with a look at how NBA 2K could stand to take a few cues from Mortal Kombat 11.

The fact that I’ve been running a site dedicated to basketball gaming for eighteen years may lead you to believe that hoops games are all that I play, but in fact, I do enjoy quite a few other genres. As a gamer growing up in the 90s, there weren’t many games as cool (or should I say, kool) as Mortal Kombat. The MK series has obviously been very popular and successful through the years, and like many other gamers, I was anxiously awaiting the release of Mortal Kombat 11 last week. My copy arrived, I finished story mode in a single sitting, and am now looking forward to new kontent.

Fighting games and basketball games don’t have a whole lot in common – the cameos by Mortal Kombat characters in NBA Jam aside – but as I was going through all of the advanced tutorials in MK11, I was struck by their depth compared to NBA 2K’s 2KU. In addition to explaining the basic controls, Mortal Kombat 11’s tutorials provide a deep dive into the game’s mechanics, teaching gamers the fundamentals for playing competitively online and offline. With NBA 2K leaning so heavily on meta-gaming and mastering the minutia of its mechanics, there’s much that it could – and should – take from NetherRealm Studios’ latest release.

When I discussed ways to improve the online experience in NBA 2K20 in a recent Friday Five article, I referred back to a Reddit post by a former content developer for EVE Online. The post spoke about how NBA 2K has become more hostile towards new gamers, instead focusing on the elite competitors. It notes how the in-depth tutorials from older games are now gone, and how a lack of matchmaking serves to shoo inexperienced and intermediate gamers away from online play. Those who aren’t already elite players are expected to “git gud” or get out of the way, but NBA 2K doesn’t provide the necessary facilities to learn and build up to stiffer competition. 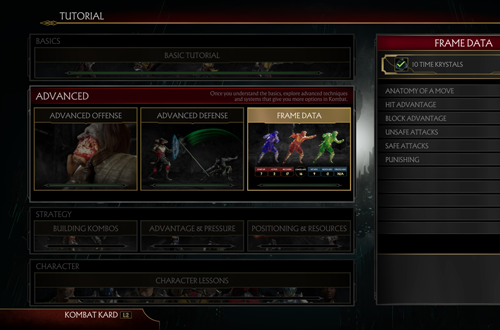 I’ve mentioned Rocket League as a game that NBA 2K could learn from in terms of implementing a robust and effective matchmaking system that allows gamers to face competition at their speed, and move up to tougher opponents as they improve. It’s something that I strongly believe NBA 2K’s online modes, from 2K Pro-Am and The Playground to online play in MyTEAM, would benefit from. As far as onboarding is concerned, however, after playing through Mortal Kombat 11’s tutorials, I would say that it’s definitely the game to emulate. Even as a long-time fan of Mortal Kombat – admittedly more offline than online – I learned about mechanics I’d never considered.

With the series now being taken more seriously in the eSports sphere, NetherRealm Studios clearly felt it was in their best interests to educate gamers about all the finer points that are crucial to online play. To that end, the Advanced and Strategy tutorials explain aspects such as frame data; how differences in start-up frames determine the quickness and relative safety of certain moves and combos, when countering with a move of your own is preferable to blocking, and how to time attacks and defensive manoeuvres to your advantage. It’s useful knowledge against the AI as well, but it’s particularly important when competing against other gamers online.

Compare this to the lack of explanation offered in NBA 2K. We’re told how the shot meter works – that a Green release is a made bucket unless the attempt is blocked, and Early and Late releases have a reduced chance of going in – but that’s about it. We aren’t given shot percentages, actual figures that explain the odds of Early and Late releases. We’re not told how to use the rumble feedback as a cue for Green releases, or how different animations affect the mechanics. The advantages and disadvantages of specific dribbling animations aren’t explained, nor are the optimal Archetypes for online play suggested. We’re left to figure these things out as best we can. 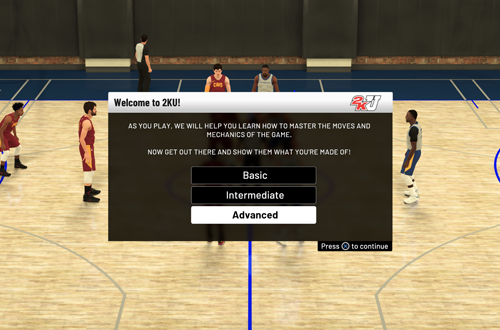 That’s not to say there aren’t any resources available, of course. NBA2KLab has done some fantastic work in discovering and explaining gameplay mechanics, though a lot of their most informative content is behind a paywall. They do share some key info free of charge however, and quite a few YouTubers also produce various tutorials and share their findings as far as the best builds and animations. It really shouldn’t come down to third parties to explain NBA 2K’s intricate mechanics for competitive online play, though. Granted, there are tips on 2KTV, and developers share tidbits on social media, but this is insufficient compared to an ability to practice in a tutorial setting.

It’s a further example of the lack of transparency in NBA 2K. Consider the need to reach Elite level in 2K Pro-Am in order to unlock full team customisation. 2K has never been able to give a concrete answer on the qualifications for being Elite, and squads have reported varying results as to when they’ve reached that level. It’s truly bewildering that 2K can’t provide a straightforward answer about their game, instead offering vague replies accompanied by a shrug. Then again, this is the same game that places blame on the user when a supposedly successful face scan doesn’t upload, or server instability is attributed to an issue with the user’s Internet connection.

Looking at what Mortal Kombat 11 has done, there’s just so much that NBA 2K could do to make its gameplay mechanics more transparent for competitive online play. In addition to percentages on Early and Late releases and the timing on rumble feedback, there’s the way that the Green release window is affected by the jumpshot base. There are visual cues in the animations and shot meter that could be better explained, along with the pros and cons of different dribbling packages. Archetypes could be singled out as optimal for online play, though more ideally, there should be better balance there to begin with. We should be able to get a feel for the meta-gaming in 2KU. 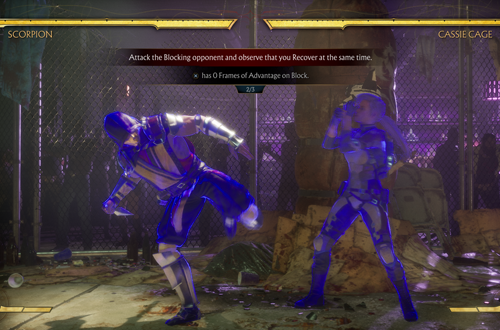 I’m sure there are online gamers who will sneer at these suggestions, treating this info as something that should just be known or discovered on your own. Such is the way of elitist gatekeeping, and it’s a shame that NBA 2K has begun to cater to that. We’re all new once, and given the depth of NBA 2K’s online modes and the fun there is to be had with them, they should be welcoming. That means measures such as Rocket League’s matchmaking system, or Mortal Kombat 11’s onboarding. The cream will still rise to the top, but gamers of all skill levels will have a chance to compete, learn, and rank up to whatever level they’re capable of as they hone their stick skills.

How games approach their online experiences goes a long way in determining what kind of community they’ll foster. Sadly, within the basketball gaming community, there is a lot of toxicity. Forget the sneering remarks on social media for a moment. If you venture online in NBA 2K, you’ll find gamers who would rather not play a game than risk a loss, ragequit the moment a game gets a little tough, or demonstrate poor sportsmanship such as triple-teaming a lone user despite holding a commanding lead. Eschewing in-depth matchmaking and explanations of gameplay mechanics goes a long way in fostering a toxic community that is hostile and unsporting.

If NBA 2K is going to be taken seriously as a game that can be played competitively online – and that would seem to be the goal, especially with the NBA 2K League – then it can’t be mysterious about its mechanics. Informing us of the technical minutia won’t magically create elite gamers; it will still be up to everyone to put in practice on the sticks, as it should be. However, gamers will at least know what to practice, which techniques to master and which pitfalls to avoid. It evens out the playing field as far as knowledge, while still separating gamers based on skill as it comes down to being able to put that knowledge to good use. The elite will still stand out from the pack. 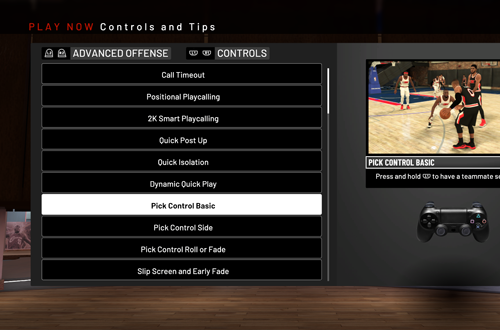 Again, this comes down to being upfront about technical information and winning strategies. It’s not enough to offer up a few tips on 2KTV or Twitter. Not all gamers want to consume information that way, and even if they do, they aren’t a substitute for being able to practice in a tutorial setting. A demonstration can be helpful, and a few tidbits about tendencies and percentages can be informative, but they’re not the same as a practical guide. Having seen the level of detail Mortal Kombat 11 went into, it’s difficult not to feel even more disappointed by NBA 2K’s lack of information, or the way it facilitates gatekeeping (even if that gatekeeping is unintentional).

Unfortunately, this may be another situation where 2K feels little incentive to make any changes. NBA 2K does outstanding business in sales and recurrent revenue, and too much transparency might cut into the latter, if gamers can create the perfect build from the start. There hasn’t been much interest in balancing online play, or making it more accessible and welcoming. 2K may feel they have the recipe for success, but as far as providing an online experience that can sustain an eSports league and provide a satisfactory experience for the average user, games like Rocket League and Mortal Kombat 11 have much to teach. It remains to be seen if NBA 2K is willing to learn.