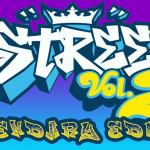 Following on from an update late last year, agent_michael_scarn has released another new version of the Current & Legendary Edition mod for the GameCube version of NBA Street Vol. 2. In light of his recent trade to Brooklyn, it adds James Harden to Nets’ roster. Key features of V2.5 of the mod are as follows:

You can pick up NBA Street Vol. 2 Current & Legendary Edition here in our Downloads database! For more information on how to install it, as well as previews, further support, or if you just want to say thanks, check out this topic in the Forum