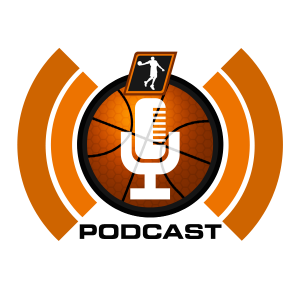 The NLSC Podcast is a weekly podcast hosted by members of the NLSC Team, with occasional guest co-hosts from the community. Topics are primarily related to basketball video games with a focus on NBA Live and NBA 2K, as well as issues related to the modding community and current events in the real NBA. Occasionally, other games and subjects of interest to the hosts are discussed. Certain episodes have featured interviews with special guests, including developers and other basketball gaming personalities. Currently, the show is released Sunday evenings Australian time.

The current regular hosts for the NLSC Podcast are Andrew and Dee4Three.

Most episodes of the NLSC Podcast run for about an hour and a half. Special episodes, such as developer interviews, may run longer. The longest episode is Episode #29, which ran for three hours, eleven minutes, and fifteen seconds, and featured a roundtable discussion with seven participants, including special guest Da_Czar. Certain two part episodes have also been recorded in sessions of three or four hours, and subsequently edited into separate shows.