Welcome to this week’s edition of The Friday Five! The Friday Five is a feature that I post every Friday in which I give my thoughts on a topic that’s related to NBA Live, NBA 2K, and other basketball video games, as well as the real NBA, and other areas of interest to our community. The feature is presented as either a list of five items, or in the form of a Top 5 countdown. This week’s Five suggests five basketball gaming ideas that you might want to try while social distancing.

These are definitely unusual and concerning times, as the world at large deals with COVID-19. I hope everyone is staying safe and healthy, taking the proper precautions as far as hygiene and social distancing are concerned, and that everything works out with your employment, schooling, housing, and so on. I also want to commend and thank the healthcare workers around the world who are doing an amazing job caring for patients during these difficult times. If I may borrow and paraphrase a quote from M*A*S*H, if you ask me, you’re all supermen (and women).

Obviously, there are more pressing matters in the world than basketball video games right now. At the same time, many of us are naturally spending a lot of time at home, and looking to occupy our days with leisure activities, gaming being one of them. To that end, I thought that I’d offer up some suggestions if you’re looking to hit the virtual hardwood while you’re social distancing. With the depth of modern basketball games, we’re able to sink a lot of time into them. As for older releases, at this point there are several great titles to dust off for some retro gaming. If basketball gaming is on your agenda while you’re social distancing, here are some ways to stay entertained.

1. Spend time with an overlooked/underplayed title 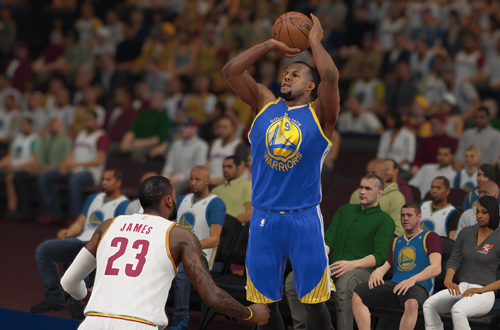 Is there a title in your collection that you didn’t spend a lot of time with for one reason or another? Now might be a good opportunity to give it another look. There are some games in my collection that I wish I’d spent more time with when they were new, but didn’t because I found them to be disappointing, or splitting my time between NBA Live and NBA 2K caused me to neglect one of the year’s releases. Off the top of my head, I could’ve spent more time with titles like NBA 2K15 and NBA Live 16. I also didn’t spend as much time as I’d have liked with MyTEAM in NBA 2K19, and since the servers are still up, it’s a game that would be quite easy to revisit.

I’ve found that revisiting games with fresh eyes can be an interesting, and sometimes very fun experience. Once the expectations and anticipation are gone, you’re aware of what a title brings to the table, and there’s no pressure to enjoy this game that you’ve just bought for at least the next twelve months, you may find it more appealing. That won’t always be the case – certain games disappointed you for a reason, after all – but some titles are worth a second look. If you’re weary of NBA 2K20 or whichever game you’re playing right now, and there’s a game in your collection that you’ve overlooked or barely touched since you got it, see if you’d enjoy making up for some lost time. 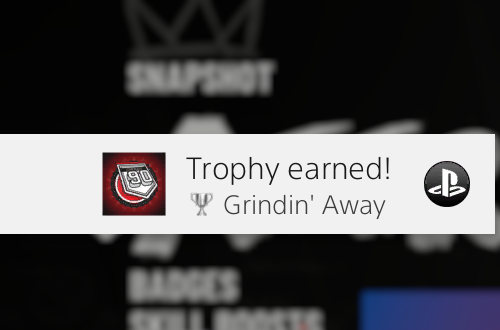 While you’re dusting off old games, or spending time with more recent ones for that matter, why not start aiming for some of those Trophies/Achievements? I know that not everyone gets that dopamine rush from hearing the sound effect and seeing that dialogue box pop up, but Trophies and Achievements – depending on which platform you’re on – can be immensely satisfying to attain. If you’ve never really cared about them, now’s your chance to check them out and see if you like the idea. If you do consider yourself a Trophy and Achievement hunter, on the other hand, this period of social distancing might be a good opportunity to tick a few more off the list.

A lot of the Trophies and Achievements in older games can be quite difficult. NBA Live 10 in particular challenges gamers to match some impressive statistical feats, with specific players and the player of your choice alike. A couple will definitely take some preparation work, and possibly a few attempts. Unfortunately anything in old games that requires completing an online task will no longer be possible due to server shutdowns, so 100% completion isn’t always going to feasible. You will find quite a few satisfying challenges in hunting Trophies and Achievements though, and it might also encourage you to try some modes you’ve previously ignored (more on that later).

3. Finish a season playing every minute of every game 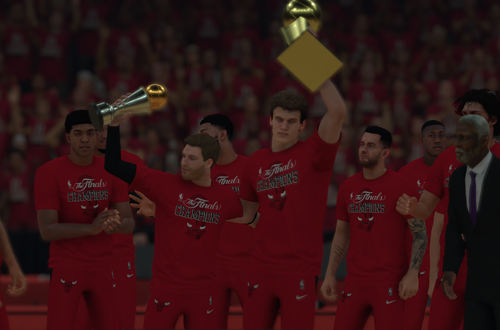 This is actually something I’ve aimed to do on many occasions in basketball games, and many of my favourite basketball gaming experiences have involved me playing every minute of every game for at least one full season. I can therefore attest to it being quite a time commitment – especially if you are playing on 12 minute quarters – but it feels like a big accomplishment at the end of the road. It’s something that a lot of gamers don’t do because of time constraints and more important commitments, but if your current situation has freed you up and you’re willing and able to take on the challenge, strap yourself in for some marathon sessions on the virtual hardwood!

I’d definitely recommend this to anyone who’s interested in both MyCAREER and MyTEAM. Putting in the time in the NBA portion of MyCAREER is easily the most efficient way of levelling up a player, without the frustration of having to face online opponents who are much stronger. In NBA 2K20, you can quite feasibly get to 99 Overall and max out all of your Badges within the first season, and make headway on a Hall of Fame induction. You’ll also be rolling in VC by the end of it, which you can then invest into MyTEAM. This way, you’ll be doing the responsible thing by social distancing, building up a strong player for online, and not spending a cent on packs.

4. Change up how you play 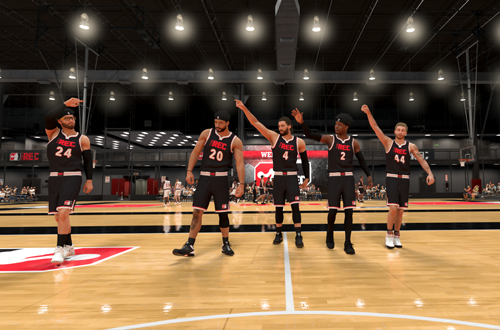 Whether you’re giving an overlooked game a second chance or looking for something new to do in NBA 2K20, consider trying out a mode that you’ve always ignored. As I alluded to when I talked about hunting Trophies and Achievements, that exercise is a good excuse to give new modes a try. Once again, there will obviously be limitations in older games as online modes and content will no longer be available, but there’s still plenty to check out. If you are playing NBA 2K20 and mostly stick to offline, give online a try. I know I’ve given it some less than glowing reviews, but it can be fun. If you jump on there with friends, it’s also a great way to virtually hang out.

Should you want to stick to more familiar experiences, you can still take some time to try out a fresh approach. If you’re a MyCAREER player, try a different build, or pick a different path. Perhaps try to be a role player rather than a star, or go to a team you wouldn’t normally play for. Changing up the team you choose in the franchise modes or altering the experience with a custom league or fantasy draft might be just the thing to keep you hooked and entertained while social distancing. Keep that main save safe, but let yourself get crazy with a new file. If you’re going to be indoors and playing a game for the foreseeable future, you might as well try out everything it has to offer. 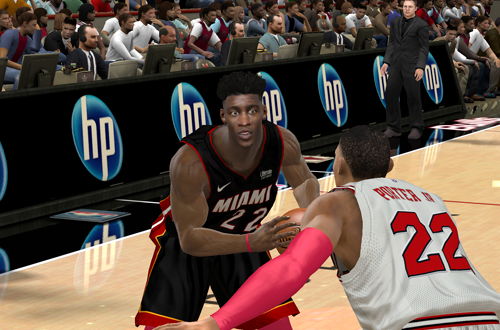 Finally, if you’ve been thinking of getting into modding, the time and isolation that social distancing has thrust upon us may be the opportunity to get started. We’ve got a wealth of tools, tutorials, and resources for modding in our community, for basketball games ranging right back to NBA Live 95 on PC. If you’re not sure where to start, I’d suggest picking one type of mod that you’re most interested in making, brush up on the necessary skills, and follow some tutorials. My advice would be to focus on the basics of manipulating the files, and then sharpen your skills. It takes some practice to make great art updates, and time to know the roster files like the back of your hand.

For people who are already modding, I’d encourage you to branch out into some other mods, take on a big project, or finish something you’ve already started. That’s been my goal with my current roster update for NBA 2K11. If there’s one advantage to the 2020 season being on hold, it’s that the rosters are static and that’s allowed me some time to make up some ground adding and updating players. I’m all for spending time with some creative endeavours while we’re all inside and social distancing, and in our community, modding basketball games – and in particular, creating big projects – is one of the most creative things we can do while engaging in our favourite hobby.

Have you been spending more time with basketball games while social distancing? Do you have any suggestions of your own for your fellow gamers who are looking to spend more time on the virtual hardwood? Share them in the comments below, and as always, feel free to take the discussion to the NLSC Forum! That’s all for this week, so thanks for checking in, have a great weekend, stay safe and healthy, and please join me again next Friday for another Five.

Right now, playing 2K20 with crowds fully disabled brought a bizarre realism whereas it’s unusual to play without crowds on before this current outbreak.

That’d definitely be a different experience! When my old TV conked out a couple of years ago, I was using a spare monitor and old PC speakers to play on PS4. I wasn’t getting the full audio through the speakers, including the channel the commentary was on, so it was like it was turned off. It made playing MyCAREER games feel very different, and to be honest, more like I was on the court.