Welcome to this week’s edition of The Friday Five! The Friday Five is a feature that I post every Friday in which I give my thoughts on a topic that’s related to NBA Live, NBA 2K, and other basketball video games, as well as the real NBA, and other areas of interest to our community. The feature is presented as either a list of five items, or in the form of a Top 5 countdown. This week’s Five is a look at five issues within the basketball gaming community that NBA 2K21 has spotlighted.

NBA 2K21 Current Gen has been out for about a month, and following its release, gamers have had a lot to say about it. The game has had a mixed reception to say the least, and some of the new concepts haven’t resonated as positively as the developers no doubt hoped they would. A big patch came through on September 14th, which does seem to have allayed some concerns with the game. No release is ever perfect though, and not all issues can be caught before the game is in our hands, especially when the COVID-19 pandemic is presenting developers with several obstacles.

Gamers have been noting the issues with NBA 2K21 and sharing feedback with the developers accordingly, but I’ve noticed something else in the wake of the game being released. It seems as though NBA 2K21 has also spotlighted some issues within the community itself, both in the way we approach the games and how we interact with each other. These community issues aren’t necessarily new, and in some cases they’re the result of toxicity that’s compounded over the years. At the same time, I do feel as though certain aspects of NBA 2K21 have shone a light on some of these community issues, and I honestly feel that we could (and should) be doing better in these areas. 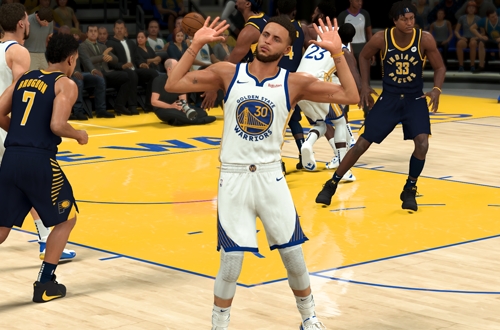 The new shooting mechanics in NBA 2K21 have spotlighted the need for appropriate tuning and balance, as well as a steady learning curve. In doing so, it’s also brought to light one of the persistent issues plaguing the basketball gaming community (and for that matter, a lot of gaming communities): elitism. Criticism of the new mechanics has been met with dismissive accusations that it’s coming from unskilled casuals who aren’t good at the game and just want everything to be easy. While I’m sure that some have just balked at the challenge of shot aiming, it doesn’t invalidate criticism of the tuning, lack of balance, and dichotomy of “shoot the lights out” or “miss everything”.

Skilled, seasoned basketball gamers have noticed issues with the mechanics, so this isn’t just a matter of “get good”. On top of that, NBA 2K shouldn’t just be for elite players, anyway. The whole point of having difficulty levels and a learning curve is that everyone is welcome and able to build up to the hardest difficulty or a top tier in online play. This isn’t Cuphead, a game intended for only the hardcore. Like Rocket League, NBA 2K should be for everyone, but only the best will thrive at the highest level. And yes, once again, I’ll mention the need for actual matchmaking so that less skilled and experienced gamers can start out playing with and against each other. 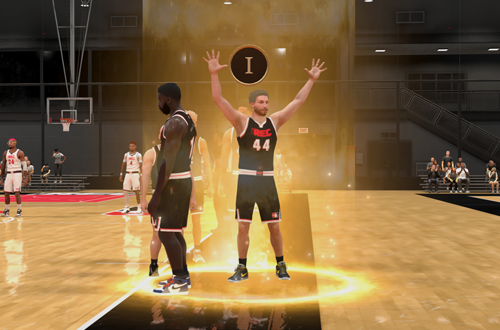 I can sum up this mindset in a single sentence: “Not my problem, therefore not a real problem”. Obviously this is a train of thought that extends far beyond the basketball gaming community, but this isn’t a platform for tackling those heavier issues. What it boils down to is a selfish view of the game: since you’re happy with it and satisfied with the modes that appeal to you, the criticism from others is therefore little more than whiny complaints and as such, they shouldn’t be listened to. It’s the idea that the complainer is always wrong and the one that’s truly at fault, whereas the people who are happy are the true fans whose opinions are valid and ultimately more important.

What we all have to realise is that basketball gaming is about more than just any one of us, and the people who share our preferences and opinions. NBA 2K21 has been a divisive title in many ways, and to an extent, your take on the game will depend on the mode you most prefer. Unfortunately, as long as one looks at their mode of choice as the “correct” way to play, and makes absurd statements about the other ones (“Who even plays MyTEAM, anyway?” is one I’ve actually seen), we’ll remain divided. We don’t have to play every mode, but we should stand with each other when we have valid complaints. We should want a great experience for everyone, not just ourselves.

3. Schadenfreude: Delight in Others’ Frustration 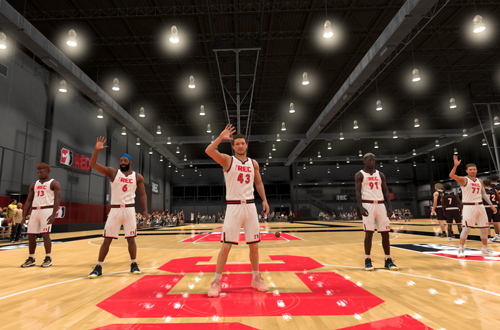 Of course, some people take the aforementioned selfishness a step further. Rather than just being apathetic or casually dismissive of other people’s criticism, they’ll actually seem to take delight in the fact that they’re unhappy. Elitism is a factor here too, as it involves looking down on others and ascribing their frustration to a lack of skill, or their preference for a mode one considers inferior. These are the smug Tweets and posts about how people have been “exposed” as unskilled whiners, which as I noted before, is something that’s been prompted by aspects such as shooting. On top of the gleeful mocking, they’ll actually urge developers to ignore feedback and criticism.

Here’s the thing, though. Even putting aside the fact that vital constructive criticism is being shot down – more on that in a moment – it’s a toxic mindset. Our goal in the basketball gaming community shouldn’t be to downplay each others’ issues – again, that idea that it’s not a real problem if it isn’t your problem – but rather to lend a hand. If you believe the mechanics are fine, and that people need to “get good” and “adjust”, then help them with that! Post tips and tutorials, explain things, share your knowledge and strategies. If it is just a matter of understanding and practicing, don’t just sit back and smirk at the frustration; show how it’s done, if that’s all it takes to enjoy the game. 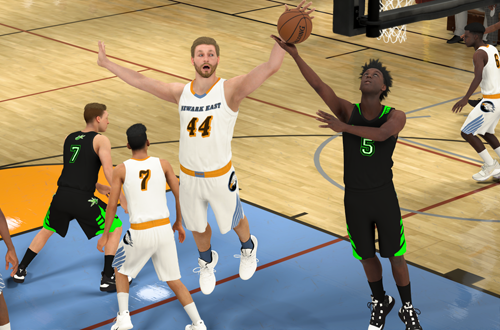 Needless to say, some gamers go way overboard in their criticism, to the point where it’s abusive and hardly constructive. At the same time – as noted above – constructive criticism gets shot down a lot, and so unnecessarily. Some of that comes from the elitism, selfishness, and schadenfreude I’ve already mentioned, but it also comes from brand loyalty and a desire to justify buying a game (in other words, something of a sunk cost fallacy). I can understand both, as there are brands I’ve felt great fondness for, and you never want to feel like you’ve wasted your money on something. In order to not feel that way, however, as a community we need to speak up about any issues.

Shouting down constructive criticism isn’t a new phenomenon, of course, but NBA 2K21’s release has spotlighted how readily we’ll make excuses. Obviously, it was developed in an unusual time. The pandemic has affected development logistics, not to mention forced the game to launch without updated rosters and while the 2020 season is still underway. We can certainly make allowances for that. However, it is a full-priced Triple-A release (with a freemium economy no less), which means certain standards and expectations are in place. And yes, most of the attention will be going to Next Gen, but again, Current Gen wasn’t discounted, and doesn’t get a free pass.

5. Youth-Focused: Old Heads Get Out! 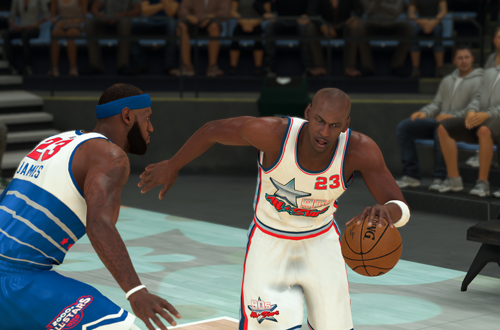 Maybe this is because I’m inching closer and closer to the outer edges of the core demographic (if indeed I’m still in it), but it feels like NBA 2K21 has spotlighted issues of older gamers vs younger gamers in the community. I’ve seen comments about how when it comes to the “OG” hoops gamers and their preferences, “their time is over”. All I can say to that is, really? It seems that NBA 2K is still catering to a wide variety of preferences including those that “old heads” are likely to have, such as MyLEAGUE. It’s not that younger gamers don’t like MyLEAGUE, of course, but it’s not the focus these days. As such, it’s categorised as “that mode for old heads”.

Like I said, maybe it’s because I’m getting older and the release of NBA 2K21 marks another annual release, but I’m noticing this attitude more and more. All I can say to my fellow basketball gamers who haven’t had as many trips around the sun is that one day, you’ll be older too. You may or may not continue playing basketball games. If you do, you may find that they implement features or adopt a focus you don’t like, and you’ll feel compelled to speak out. You’ll be called an old head (or something similar), and on that day, you’ll understand where this virtual hardwood enthusiast in his mid thirties is coming from. Then again, growing old is mandatory, while growing up isn’t.

What’s your take on these issues in the basketball gaming community? Have your say in the comments below, and as always, feel free to take the discussion to the NLSC Forum! That’s all for this week, so thanks for checking in, have a great weekend, and please join me again next Friday for another Five.