Welcome to this week’s edition of The Friday Five! The Friday Five is a feature that I post every Friday in which I give my thoughts on a topic that’s related to NBA Live, NBA 2K, and other basketball video games, as well as the real NBA, and other areas of interest to our community. The feature is presented as either a list of five items, or in the form of a Top 5 countdown. This week’s Five is a list of five things that NBA 2K doesn’t get enough credit for.

Last week, I discussed five things that NBA Live doesn’t get enough credit for. As I mentioned, I’d planned similar articles for NBA 2K and NBA Jam, and this week it’s 2K’s turn. It may seem odd to suggest that NBA 2K doesn’t get enough credit for things given its current position as the brand leader when it comes to sim basketball games, not to mention its record sales and recurrent revenue figures. True, various issues with quality and a lack of goodwill have contributed to some low user scores on Metacritic in recent years, but it still receives a lot of acclaim.

Nevertheless, there are things NBA 2K doesn’t get enough credit for, despite its popularity and positive professional reviews. For those of us who have been playing the games for years, it is easy to get jaded by legacy issues, though as I alluded to, there have also been practices in recent titles that understandably draw focus away from the good parts. We’re well within our rights to criticise those aspects, just as we critique NBA Live and any other games, but it’s only fair that we recognise the great things as well. After all, some of them don’t get the credit they deserve, and to that end, here are five things in NBA 2K that are due some recognition and appreciation. 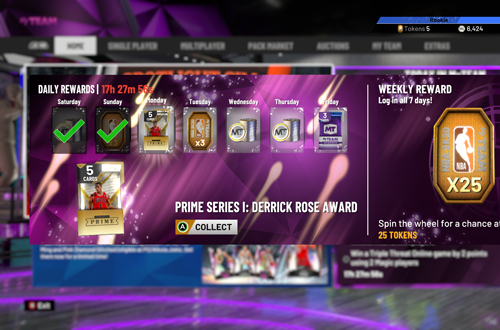 I know I’ve criticised NBA 2K for greedy practices that are lacking in goodwill, and that does remain a problem as of NBA 2K21. At the same time however, despite the presence of recurrent revenue mechanics and an increasingly aggressive push to get us to either buy VC or spend hours grinding for it, we do receive a respectable amount of free content. There are ways to earn extra VC in MyCAREER, including prizes on the Daily Spin, tasks in MyCOURT, and a Daily Bonus. Through Locker Codes and the new Daily Login Bonus, it’s possible to get packs, MT, Tokens, and player cards in MyTEAM without spending a cent, or even playing a single game for that matter.

Mind you, these freebies don’t excuse the more predatory mechanics in MyTEAM, or the grindy nature of MyCAREER. There are many ways that NBA 2K could be more transparent and fairer in its approach. However, for all the controversies over greed and an obvious intent to make money through microtransactions, we do end up getting a substantial amount of free content (or at least, opportunities to get it). Again, that doesn’t mean we can’t criticise the game or note the lack of goodwill at times, but credit where it’s due for giving away some quality content in modes that are intended to generate recurrent revenue. NBA 2K can be surprisingly generous at times. 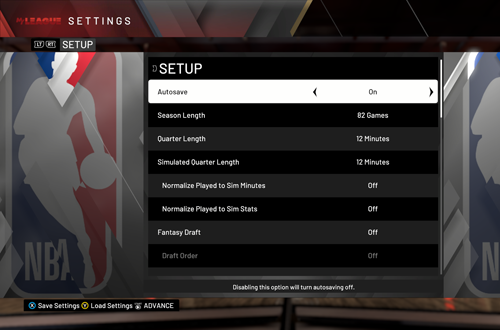 It’s easy to take the depth and variety in NBA 2K’s modes for granted, especially when we’re focusing on gameplay complaints. That’s not to say that gameplay isn’t important as it’s obviously vital, and we should be critical and provide constructive feedback when there are issues. However, if you find NBA 2K’s gameplay to be at least satisfactory, you can enjoy it for hours on end thanks to deep and immersive modes that run the gamut of basketball gaming preferences. Whichever mode you prefer – MyCAREER and its connected modes, MyLEAGUE, or MyTEAM – there’s plenty to sink your teeth into. There also continues to be a ton of historical content.

Compare that to NBA Live over the course of this generation. Gameplay is an area where NBA Live has struggled to impress compared to NBA 2K, but when it comes to modes and bonus content, the gap is even wider. Even if you like the gameplay in NBA Live, it’s very hard to get hooked on its shallow modes. Whereas NBA Live has lost a lot of depth and neglected its core modes, NBA 2K has kept building upon them and innovating with new features. They tipped off the generation with a misstep as NBA 2K14 was rather shallow on PlayStation 4 and Xbox One, but apart from that, we need to give credit to NBA 2K for its deep modes, retro teams, and other features. 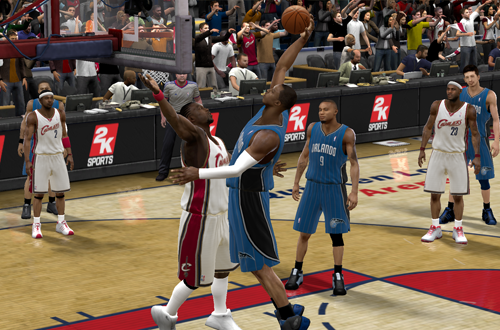 Although the PC versions of NBA Live have probably been more modder-friendly, it’s a moot point when the game no longer comes out on the platform. By the time EA Sports decided to discontinue PC releases of NBA Live, it was clear that the platform was an afterthought, as it wasn’t even receiving a current gen port. The same year that EA took NBA Live away from PC gamers, Visual Concepts released NBA 2K on the platform for the first time. Not only that, but it was a current gen port, demonstrating that many PC hoops gamers did have sufficient hardware to run that version. Since then, every NBA 2K game has been released on PC, now exclusively through Steam.

Now, there are a few caveats as we give credit to NBA 2K here. The game didn’t come out on PC until NBA Live left the platform, and for years Visual Concepts laughed off the idea of a PC release. NBA 2K14 and NBA 2K21 were last gen ports (though NBA 2K15 suggests good things for NBA 2K22), the PC version hasn’t always received the same post-release support, and the online anti-cheat measures aren’t effective enough. Still, we’re getting an annual PC release that’s fully-featured and moddable. There are rumours that NBA Live will return to PC, but whatever happens there, NBA 2K deserves credit for releasing on PC every year since 2008.

4. Incentives to fire up NBA 2K 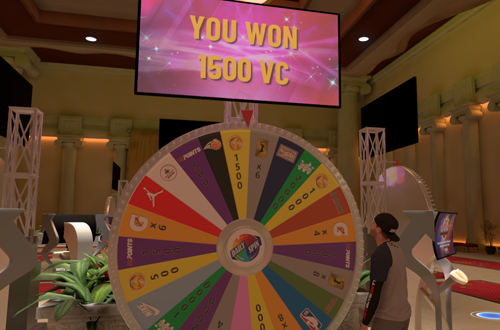 I’ve already touched on some of these things when I discussed free content in NBA 2K, but the games have become very good at providing us with an incentive to fire them up on the regular, or indeed, every day. Even if you don’t have time to play any games, it’s always worthwhile to take a few minutes to punch in Locker Codes, spin the wheel, or log into MyTEAM. Once again, you can get a lot of free content that way, easing the grind and reducing the pressure to spend real money on loot boxes and pay-to-win mechanics. Naturally it’s good for NBA 2K’s metrics as well, but there are benefits to us firing up the game at least once a day, if only to perform those tasks.

Of course, it should be noted that not all content and incentives to fire up the game on a daily basis are altruistic. Take the agenda in NBA 2K21’s MyTEAM, for example. Some of the goals are definitely trying to get us to buy packs (and thus VC), and I don’t want to give 2K credit for that. However, it is possible to grind for enough VC to never have to buy it, and the challenges can be fun when they’re not pushing the recurrent revenue mechanics. Throw in Neighborhood events, and we’ve got reasons to check out NBA 2K beyond the core experience of whatever mode we’re hooked on. It’s something NBA Live should adopt; minus the predatory mechanics, of course. 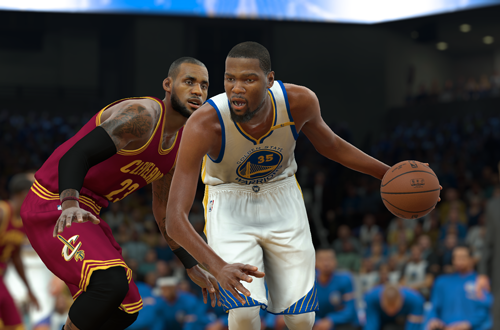 Yes, NBA 2K has several problems. Not all of them are related to VC and recurrent revenue mechanics, either. There are legacy issues in gameplay and game modes alike, and certain concepts and design choices that not everyone is a fan of. Things like proper matchmaking are missing from MyCAREER’s connected modes, and on the whole, gamers don’t seem to be quite as satisfied with NBA 2K as they once were. With all that being said, NBA 2K continues to be quite successful. It helps that NBA Live hasn’t been a viable alternative for most people for quite some time now, but to that point, it hasn’t been able to provide something that NBA 2K has delivered on.

That something is a consistently satisfactory experience. I think most people who have been playing NBA 2K for the past decade or so would be able to name at least two or three titles from that span that they enjoy, and hold in high regard. Although attitudes have been shifting in recent years, NBA 2K has been able to grow its userbase and remain popular because it’s been able to maintain a certain level of quality that NBA Live hasn’t. That’s not to imply perfection or discourage criticism, but to its credit, NBA 2K has had a long run as the game of choice for sim gamers. Even with its issues on and off the virtual hardwood, it’s retained its audience.

What are some of the things that you feel NBA 2K doesn’t get enough credit for? Have your say in the comments below, and as always, feel free to take the discussion to the NLSC Forum! That’s all for this week, so thanks for checking in, have a great weekend, and please join me again next Friday for another Five.