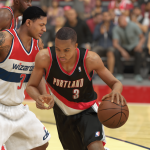 This is Wayback Wednesday, your midweek blast from the past! In this feature, we dig into the archives, look back at the history of basketball gaming, and indulge in some nostalgia. Check in every Wednesday for retrospectives and other features on older versions of NBA Live, NBA 2K, and old school basketball video games in general. You’ll also find old NLSC editorials re-published with added commentary, and other flashback content. This week, I’m taking a look back at the players whose stints with their current team runs through the past two generations of consoles.

It seems almost inevitable that the stars of the NBA will play for more than one team these days. While player movement is nothing new, and some of the biggest names in NBA history had stints with more than one team, we’re seeing more and more future Hall of Famers jump ship in their prime. With the retirement of Tim Duncan, Dirk Nowitzki, and the late Kobe Bryant, we may have seen the last players to spend their entire career with one franchise, or at least retire where they had their most success. It’s certainly becoming more of a rarity, as the culture of the league continues to shift.

At the same time, there are a few players who are in the midst of lengthy tenures with their current teams. With the launch of a new generation of consoles, there’s a group of players who are still with the same teams they played for at the beginning of the previous generation. How many do they number, and how does that compare to older eras and console generations? Let’s take a look back…way back…

There were just 17 players whose stints with their respective teams ran from the launch of the PlayStation 4 and Xbox One through to the newly launched PlayStation 5 and Xbox Series X/S. Those players are John Wall, Bradley Beal, C.J. McCollum, Damian Lillard, Udonis Haslem, Rudy Gobert, Jrue Holiday (though he’s just been traded), Draymond Green, Stephen Curry, Klay Thompson, Nikola Vujecic, Andre Roberson, Tristan Thompson, James Harden (who may be headed to the Brooklyn Nets if he gets his way), Kyle Lowry, Steven Adams, and Patrick Mills. That’s a decent mix of All-Stars and long-tenured key role players with lengthy stints. 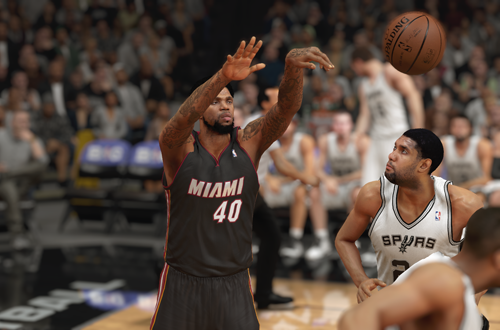 If we count players who ended up returning to the teams they were with at the start of the last generation, Jeff Teague and Marco Bellinelli push the number up to 19, owing to second stints with the Hawks and Spurs respectively. It’s also worth noting that while Kobe Bryant, Tim Duncan, Dirk Nowitzki, Manu Ginobili, and Dwyane Wade all retired before the PS4/X1 generation came to an end, they finished their careers with the same team they were on in 2013 (with a couple of detours in Wade’s case). As far as the players who stints ran the length of the generation and were still intact as of NBA 2K21 Next Gen’s launch, however, the list only includes those 17 names.

Before we make any comparisons to previous eras and console generations, let’s look at some of the big names that changed teams during the past seven years. LeBron James and Kevin Durant have changed teams twice in that span, while Dwight Howard has played for five clubs. Russell Westbrook has been traded once, and may soon be traded again. Chris Paul was traded twice, and may also join a new team in the near future. Four NBA 2K cover players – Blake Griffin, Kyrie Irving, Anthony Davis, and Paul George – donned new uniforms before the generation was over. Two out of NBA Live’s five cover players – Irving and Westbrook – ultimately moved on.

Since it feels like players – especially big names – move around more these days, how does this actually compare to past eras? From 1990-1996 – roughly the span of the 16-bit era to the fifth generation consoles – a total of 33 players remained with the same team throughout, including future Hall of Famers such as Michael Jordan, Scottie Pippen, Hakeem Olajuwon, David Robinson, Karl Malone, and John Stockton. If we included players who returned after stints elsewhere (Sean Elliott), players who were still on rosters but inactive (Brad Daugherty), or traded sometime during the 1996 season (Derrick Coleman, Tim Hardaway), the number is bumped up to 38. 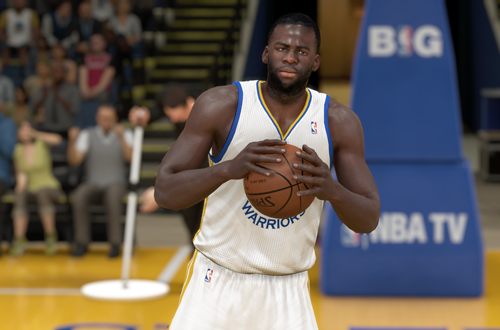 Similar to Kobe, Duncan, and Dirk, a handful of players also retired during that span without ever changing teams, such as Larry Bird, Kevin McHale, Magic Johnson, and Isiah Thomas. Suffice to say, players were sticking with their teams more often back then, especially the perennial All-Stars. However, if we look at 2000-2005 – roughly the life cycle of the sixth console generation – only 20 players were on the same team at the beginning and end of that span, including two players who returned for second stints (Alonzo Mourning and Greg Ostertag). This is only slightly less movement than we’ve seen over the past seven years, though more top tier stars were staying put.

That brings us to the era spanning the release of the Xbox 360 and PlayStation 3, and the outgoing current generation of the PlayStation 4 and Xbox One. During that span, only 12 players started and finished on the same team; only ten if you exclude Devin Harris who returned to the Mavericks in 2013, and Danny Granger who was traded during the 2014 season. It’s worth noting that that’s the longest span at eight years, and a number of players came along between 2005 and 2013 that hadn’t changed teams by the launch of the eighth console generation. Nevertheless, more stints have lasted through the last generation than those that had spanned the entire generation prior.

So, what does this tell us? While star players may be moving around more frequently than they did some 25-30 years ago, the numbers over the past 15-20 years haven’t changed that much. As far as the virtual hardwood is concerned, it means that every time a new console generation launches, we can expect to see some familiar faces in new places; and maybe a few back in familiar places as well. I’ve grown fond of saying that basketball video games act like interactive almanacs, and trawling through the past few generations of hoops titles, you can certainly see the changing face of the NBA in action. We may see more notable names moving on in NBA 2K21’s updates. 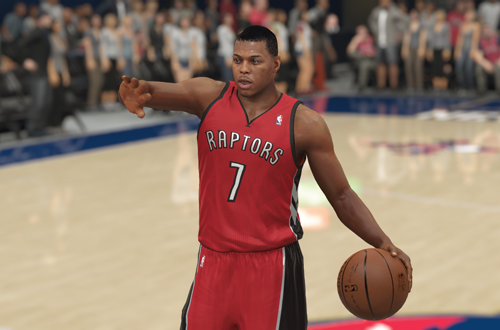 It also emphasises the longevity and loyalty of certain players. Of the seven players whose active careers span a record five console generations – Kobe Bryant, Tim Duncan, Kevin Garnett, Steve Nash, Derek Fisher, Jermaine O’Neal, and Ray Allen – only two (Kobe and Duncan) had stints with just the one team. This means that if you were playing basketball games on Super Nintendo, and were still virtually hooping on PlayStation 4 or Xbox One, Kobe Bryant and Tim Duncan would be the mainstays, still wearing the Lakers’ purple and gold, and the Spurs’ black and silver respectively. It certainly impresses upon me how long I’ve been gaming, and watching the NBA!

There are lengthy stints that come to an end between generations, but I feel there’s something special about the ones that last long enough to be represented in titles spanning multiple console launches. Chalk it up to me being a fan in the days when many of the league’s biggest stars were less nomadic, but given how players and teams alike fail to show each other loyalty, when the partnerships do last through the years, I think it’s something special. We probably do underestimate and forget how often big names moved around in past decades, but the proof is there for us to see on the virtual hardwood, as well as in the record books, and hours of NBA footage.

Back in the day, many of us learned about the NBA through video games, and I love that they still serve as references for us, especially in an historical sense. I really do enjoy that dusting them off not only reminds us of what basketball gaming was like at the time, but provides us with a snapshot of the league as it was when a game came out. As for the 19 players that remained or ended up back where they were when NBA 2K14 was released on PlayStation 4 and Xbox One, I’ve posted a gallery of screenshots below. Holiday has already been traded, but only time will tell if any of the other players will be moving on to stints with new teams in the near future. 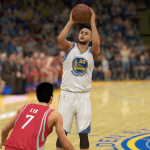 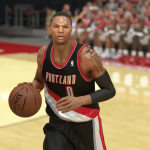 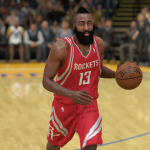 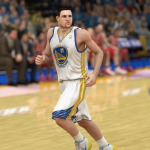 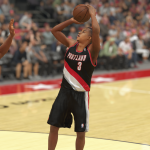 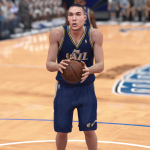 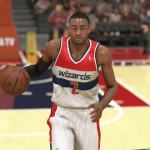 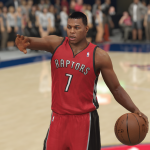 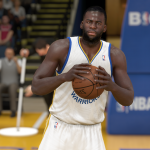 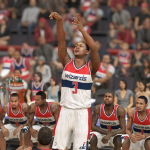 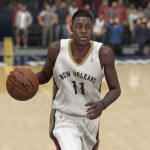 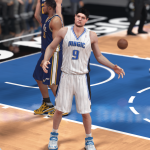 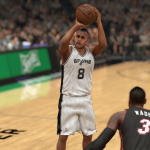 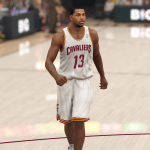 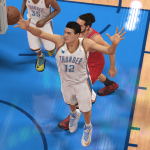 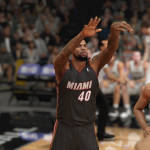 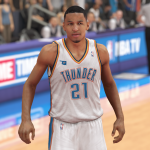 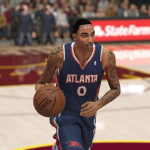 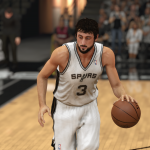 Last edited 3 months ago by beegees